Many manifestations of volcanism hold a great potential for danger. Especially destructive and dangerous are the pyroclastic flows. They often occur suddenly and unexpectedly, have a long range, reach high speeds and are almost silent.
Pyroclastic flows are a phenomenon that occurs mainly at subduction zone volcanoes. These volcanoes produce a particularly viscous lava from which gases can hardly escape.The lava swells out of the vent and accumulates to a lava dome. It can collapse, or strong explosions can occur from which pyroclastic flows can emerge.

Pyroclastic flows can occur in 3 ways and are also called by different names in the technical literature (pyroclastic flow, glowing cloud and pyroclastic avalanche). In principle, however, they describe the same natural phenomenon: in a suspension of super hot gas and volcanic ash, lava chunks of different sizes are transported downhill. Ash and gas form a cloud that can rise several kilometers high. Near the ground the gas cushion is so hot that the volcanic ash glows. At night you can see very nicely a trace of glowing ash that marks the path of the pyroclastic flow. Hence the name glowing cloud. 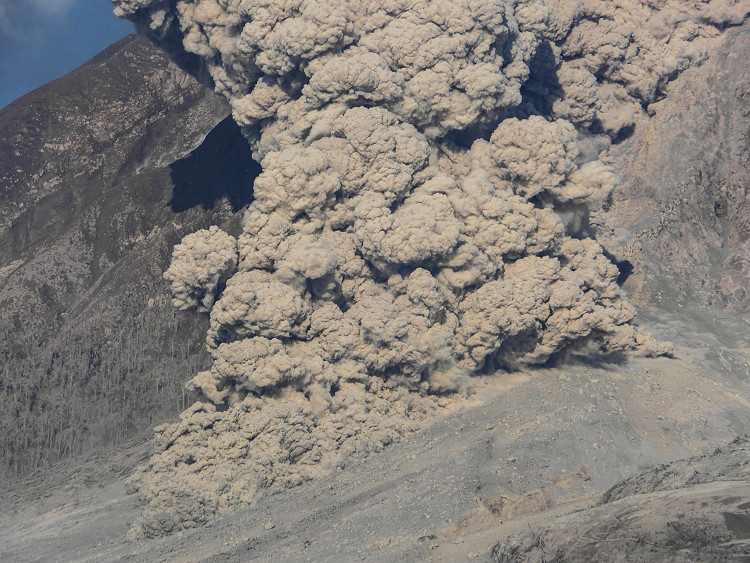 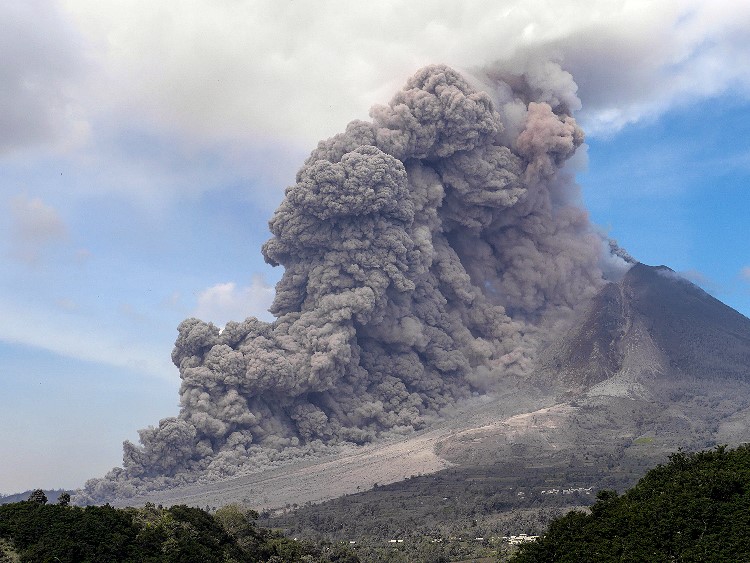 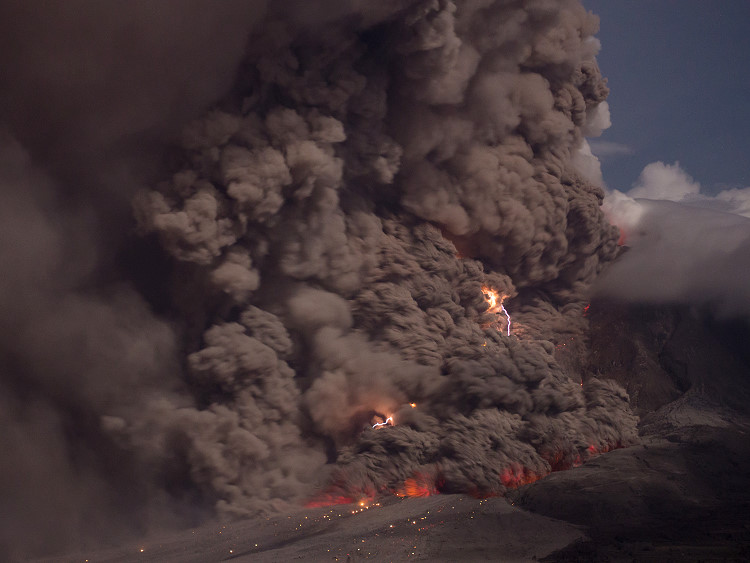 Base surges are formed by the collapse of large eruption clouds, preferably during plinian eruptions. If the gas in an eruption column is interrupted, the ejected pyroclastics can suddenly sink to the ground and race down the volcanic slope in the form of a pyroclastic flow. Incandescent avalanches contain more ash and gas and fewer large blocks than pyroclastic flows.