The Fuego in Guatemala is a relatively young basaltic stratovolcano. Together with the andesitic acatenango it forms a double volcano. The two volcanoes rise only 30 kilometres from Guatemala City in the immediate vicinity of the town of Antigua Guatemala.

As a volcano of the Central American coastal cordillera, it owes its formation to the subduction of the Pacific Plate.
The first traces of volcanism were already present here 230,000 years ago. At that time, the volcano Meseta was active. Its collapse probably produced the avalanche-like debris deposits of Escuintela. Afterwards the eruption center moved in southwestern direction and the double volcano Acatenango - Fuego was formed.

Fuego seen from the drone.

The summit area of the Acatenango.

The drone captured an eruption at Fuego.

The Fuego is known for its vulcanian activity, occasionally accompanied by pyroclastic flows. It is one of the most active volcanoes in Central America and has erupted more than 60 times in the last 500 years. The eruptions are concentrated in phases between which the volcano sometimes pauses for up to 170 years.

The strongest eruptive phase of the recent past took place in 1974. A series of vulcanian eruptions carried ash into the stratosphere. Between 1977 and 1979, the Fuego was permanently active.

In 2006 a series of paroxysmal eruptions occurred, which started with light strombolian explosions and culminated in the ejection of high lava fountains. Since then the volcano has often been strombolian active. There are also repeated phases of increased activity and paroxysms. On these occasions, lava flows and pyroclastic flows often occur.

The recent eruptions of Fuego 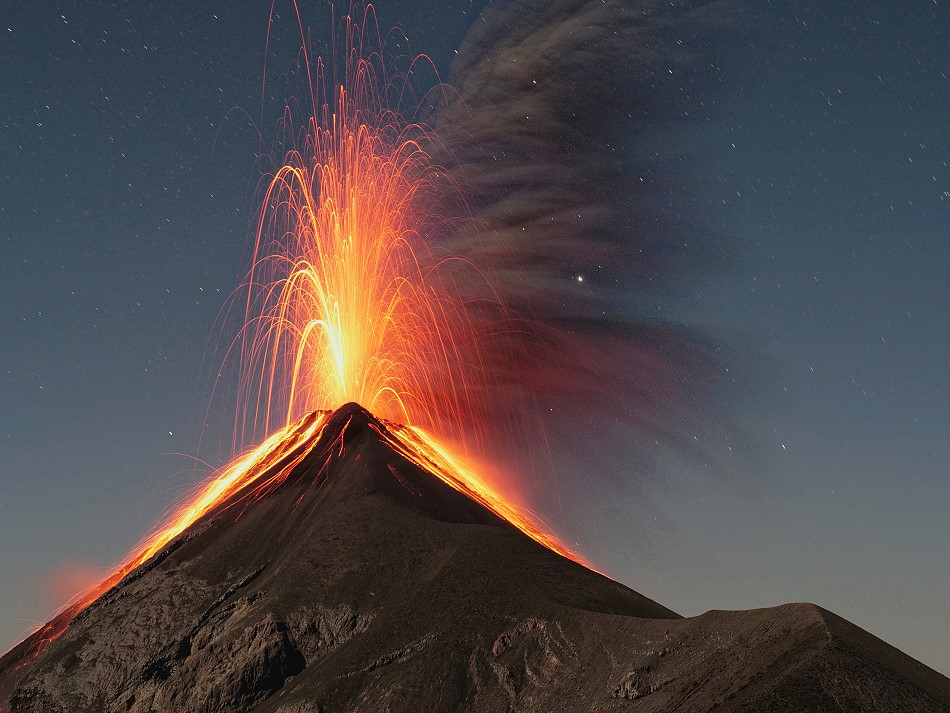 Since the year 2015, paroxysmal eruptions at the Fuego have been increasing again. These often appear in intervals between 2 and 8 weeks. The longer the interval between 2 events, the stronger the paroxysm. Between the paoxysms the volcano is strombolian active. Directly after a paroxysm the pauses between explosions are relatively long. The closer the paroxysm, the more intense the strombolian activity. The paroxysms often last up to 2 days and promote large ash clouds and pyroclastic flows. Glowing tephra is transported in lava fountains.
On 03.June 2018 a catastrophic eruption occurred. Strong explosions caused volcanic ash to rise up to 17 km high. Pyroclastic flows of 12 km in length were generated and reached inhabited areas. Several hundred people died. Numerous people were injured.

The Acatenango towers over its neighbour Fuego by a good 200 metres and is connected to it by a narrow ridge. The last eruption of the Acatenango took place in 1972. The eruptions of Fuego can be observed relatively safely from the opposite summit of Acatenango. However, there is always a residual risk. One has to pay attention to the wind direction: if the wind blows from the Fuego over, one can stand in the gas-ash cloud at Acatenango.
During especially large eruptions tephra could fall down there. When approaching the ascent route, one has to pass through an area that was hit by pyroclastic flows during the catastrophic eruption of 2018.
The ascent does not make any special technical demands, but it is quite long and is generally stated to last 5 hours. There are also repeated reports of attacks on tourists. Therefore an ascent is only recommended in groups with local guides. In recent years tourism has been greatly expanded and organized. New paths have been created and below the summit of the Acatenango terraces have been created where you can camp. Alone at the volcano one is therefore no longer on the way. Often more than 100 people stay overnight here. From Antigua organized tours are offered, which cost about 40 Euro. The 2-day tours include an ascent to the summit of Acatenango at sunrise on the 2nd day. If necessary, the guide will ask you the evening before if you want to go up on the saddle and will charge you an extra fee. All in all, the price (so far) is quite fair. I personally felt the security situation to be good and did not feel threatened. The people are friendly. In Antigua you should be careful of pick-pocketers, though! 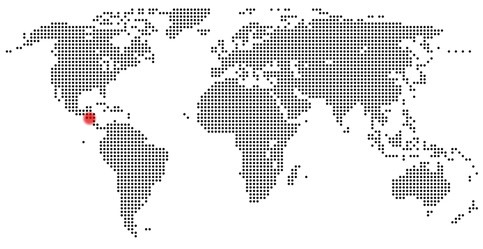