Pico do Fogo is the only active volcano on the Cape Verde Islands. At the same time it is the highest mountain of the archipelago with 2829 m.

Pico do Fogo is called in German "Berg des Feuers", or shortly Feuerberg. The island was originally called SÃ£o Filipe, but after the great eruption of 1680 it was renamed Fogo.

The Cape Verde Islands owe their existence to a mantle flower. He let magma rise from the earth's mantle and thus created the volcanic islands. The archipelago consists of 15 large islands and several smaller ones. More than 500,000 people live on the 9 inhabited islands.

The origin of the Pico do Fogo started 4,5 million years ago and took place in 4 stages. After a first seamount, 2 more volcanoes were created before the young stratovolcano Pico do Fogo was formed. It rises from the depression ChÃ£ das Caldeiras. This landslide caldera was formed sometime during the Late Pleistocene, when the summit of the shield volcano Monte Armarelo slid down and crashed into the sea in the east of the island. This event probably triggered a catastrophic tsunami. The caldera has a diameter of 9 km. Its walls are up to 1 km high. Lava flows flowed through a notch in the east into the sea. 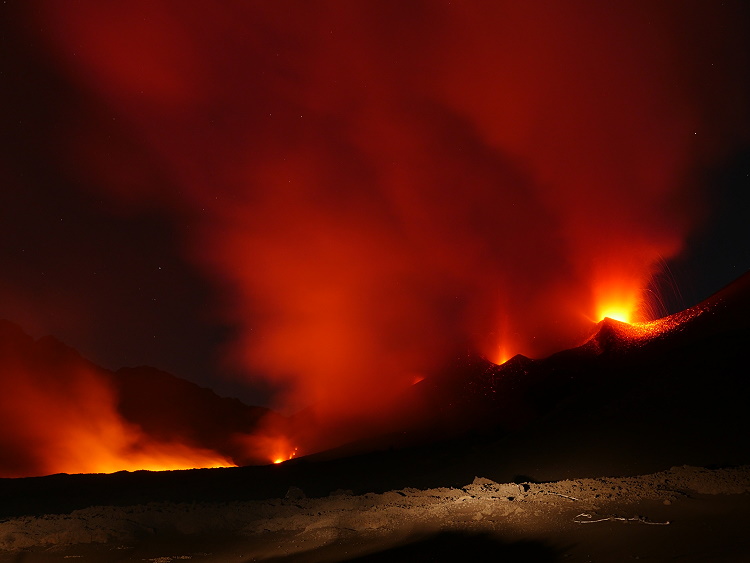 A first view of Pico Pequeno. 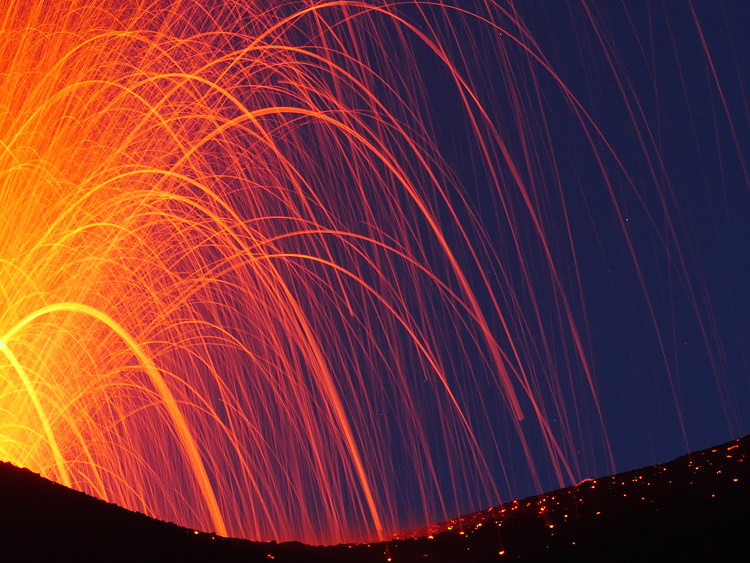 Detail of a strombolian eruption. 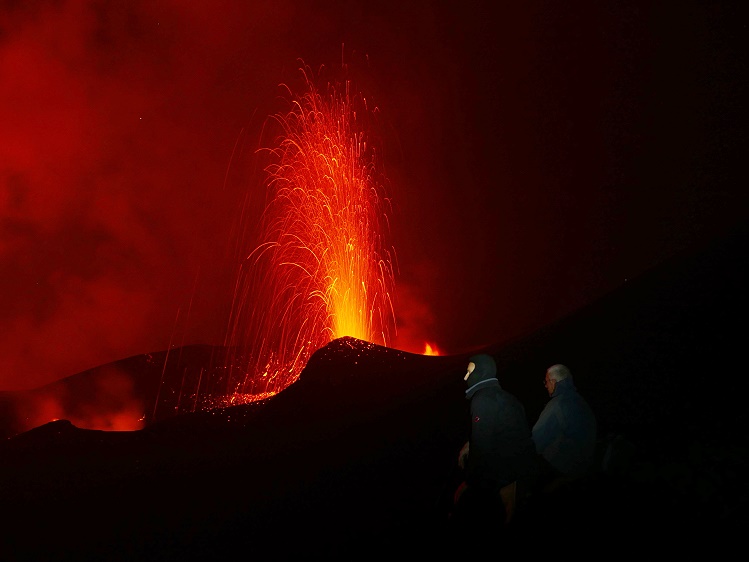 The geonauts Martin and Marc in front of the crater. 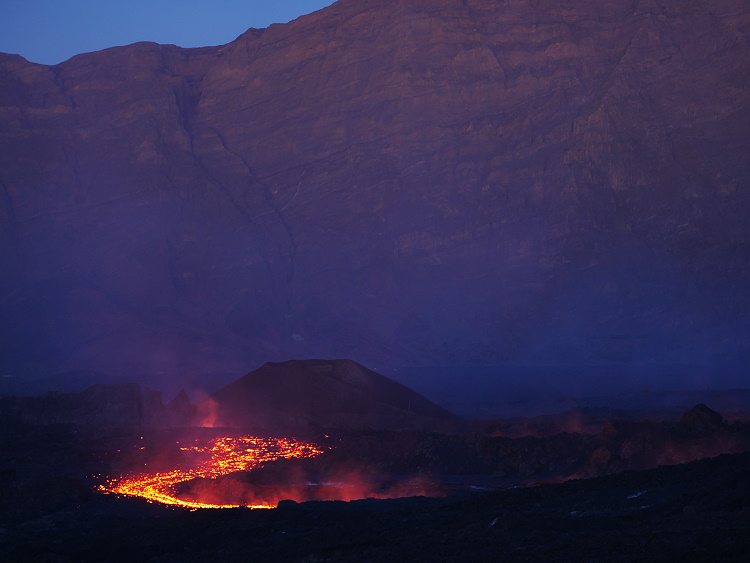 The lava flow and the caldera wall. 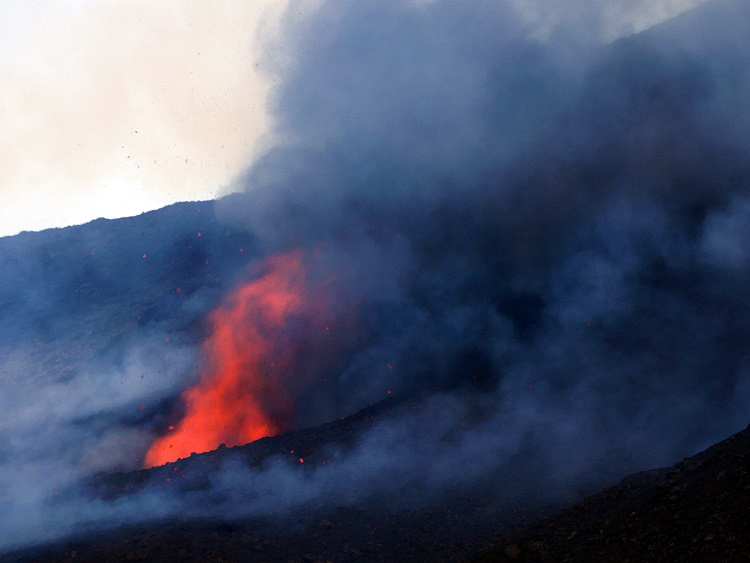 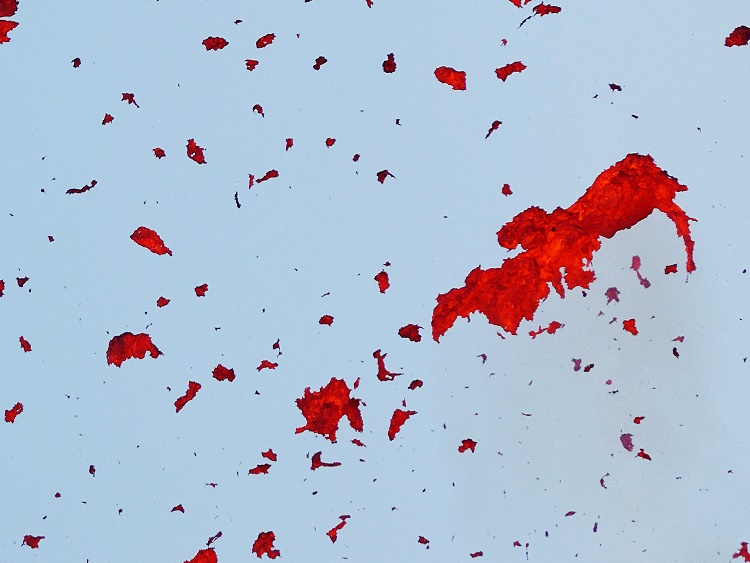 Pico do Fogo began to grow after the landslide event and rises 1200 m above the caldera floor. The crater of the young volcano has a diameter of 500 m. During the Seamount stage the rare carbonatites as known from the Kaiserstuhl, or Lengai, were extracted. Later, volcanites typical for oceanic intraplate volcanoes prevailed: alkaline basanites which are under-saturated with silicon dioxide. These rocks contain no quartz or feldspar, but a lot of plagioclase, leucite, nepheline and olivine.

The Pico do Fogo is one of the most active volcanoes in the Atlantic Ocean. Since the settlement of the island in the 15th century it erupted more than 30 times. The eruption of 1680 was the strongest eruption of the volcano in historical times. It was followed by eruptions in 1785, 1799, 1847, 1852, 1857 and 1951. The 1995 eruption was comparatively weak and only occurred within the caldera. This caldera had been used for agriculture until then. Lava flows destroyed a part of the agricultural area and threatened the village Cha das Boilers. The lava flows originated from an eruption fissure that had formed at the base of the volcanic cone. The cinder cone Pico Pequeno was formed. This eruption, like most other eruptions of Fogo, led to a VEI 2.

The most recent eruption started on 23.11.2014. At Pico Pequeno a fissure opened again and lava fountains and volcanic ashes rose. Lava flows moved with relatively high velocity through the caldera and interrupted the road to Cha das Boilers. The village was evacuated. A few days later it was buried under lava and erased from the ground. 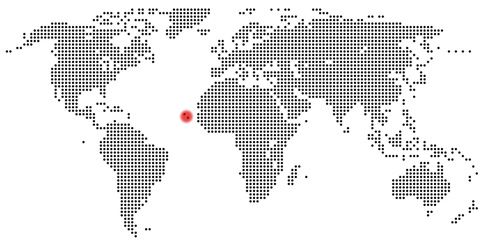